The second annual LGBTQ+ Panel in honor of Pride Month took place on June 15, 2022, as a virtual event for all Grow team members, and it’s safe to say, our wonderful panelists didn’t leave a dry eye in the audience. They shared moving personal stories and a wealth of insight into what it means to “Live Out Loud,” the theme of this year’s Pride Month celebrations, selected by our Diversity Committee.

As members of the LGBTQ+ community, the panelists spoke to the need for unity, visibility and equality and offered their perspectives on the importance of allies in the community. We’d like to share more about each of our six panelists — Deborah Allen, Rosa Hernandez, Al Salas, Daniel Stevens, Doug Tilden and Justin Yent — and our host, Peter Mazurkiewicz, along with a quote by each person about the importance of allyship in hopes that you’ll also be inspired to live out loud.

Peter Mazurkiewicz, VP Contact Center Operations
He facilitated the LGBTQ+ panel this year, directing our discussion and sharing his own stories as well. Mazurkiewicz joined Grow in 2009 as the Contact Center Manager and is currently the VP of Contact Center Operations. He holds a bachelor’s degree in marketing from Hofstra University and has worked in financial services for 36 years. Prior to his career at Grow, he worked for Citibank, European American Bank and BNY Mellon. He was born and raised in Long Island, NY, and like many New Yorkers, migrated to Florida in 2005. Mazurkiewicz, along with Kim Woollard, Executive Vice President, CHRO, and Justin Yent, launched Grow’s support for the LGBTQ+ community by organizing and participating in St. Pete Pride in 2010. He and his husband, Sam, have been together for seven years and married five years ago in NYC. In his free time, he is passionate about traveling, cooking and combining the two to learn more about different cultures. Mazurkiewicz identifies as gay and uses the pronouns He/Him.

“At the end of the day, I believe in my heart that the words of Maya Angelou are so important: ‘We can learn to see each other and see ourselves in each other and recognize that human beings are more alike than we are unalike.’”

Deborah Allen, Cards Administrator
Allen joined Grow in 2012 at our Temple Terrace store as a Relationship Specialist, after being a stay-at-home mom for six years. In 2015, Allen moved to Financial Operations and in 2017, to the role of Cards Administrator. Allen has a bachelor’s degree from USF in Perspectives of Teaching English Education with a concentration in Social Sciences. Prior to Grow, she worked in the financial industry with Capital One, Nationwide Insurance, Equifax and Bank of America. Allen has three children with one child identifying as transgender.

“I’ve got really strong allies on my team who support me and support my daughter. I firmly believe that as a parent, I am that key factor in how my child feels about herself. As an ally and as a parent, it’s so important to support her and her friends.”

Rosa Hernandez, Loan Resolution Specialist II
Hernandez began her career with Grow Financial in 2015 as a Member Contact Specialist. Currently, Hernandez works in the Loan Resolutions department helping to prevent losses to the credit union. She is passionate about her family and life. In her spare time, she loves reading, working out, watching tv shows and movies, traveling and exploring new places. Hernandez identifies as a proud non-binary lesbian, and her pronouns are she/they.

"I believe that it’s very important to go ahead and speak your truth, even when you’re nervous or scared."

Al Salas, Credit Disputes Specialist
Salas joined Grow in 2001 at our Carrollwood store and has since worked at our South Tampa, Brandon and Bloomingdale stores in Relationship Specialist roles. In 2015, Salas moved into the role of Funding Specialist and now works as the Credit Disputes Specialist. Prior to Grow, Salas worked at First Union and at AmSouth Bank as an Assistant Manager. He has been with his partner, Ken, for 30 years. In his free time, he enjoys gardening, swimming, traveling and watching RuPaul’s Drag Race. He learned from his parents to enjoy life. Salas’ pronouns are he/him.

“It’s good to learn that there are allies for people and to know that they’re not alone. But you don’t need everyone’s approval. I’ve been with my partner for 30 years, and hopefully, we’re setting an example to others that we’re okay, and they too will be okay. For us, living out loud is just being yourself. Hopefully, people understand and are happy for you — but if not, their loss!”

Daniel Stevens, Indirect Operations Supervisor
Stevens joined Grow in March 2012 as a Member Contact Specialist. Celebrating his 10-year Grow-versary, he has held many positions in Consumer Lending including funding and titles, and he now serves as the Indirect Operations Supervisor in the Dealer Service Center. He has a bachelor’s degree from Keiser University in Interdisciplinary Studies with a focus on Operations Management and Finance. Each year, Stevens organizes Grow’s participation in the annual Tampa Pride Diversity Parade and Festival. Stevens is a member and past board president of the Tampa Bay Pride Band and Tampa Bay Symphonic Winds. He is also a member of the Pride Bands Alliance (formerly Lesbian Gay Band Association) celebrating its 40th anniversary. Stevens currently resides in Tampa with his two pups, identifies as gay and uses he/him pronouns.

“The biggest thing that I’ve learned is that some people know who they are and will probably always be that way, while some people are learning, evolving and changing. Ask questions, continue to learn and be a voice of acceptance.”

Doug Tilden, Executive Vice President, CFO
Tilden joined Grow as the Chief Financial Officer in January 2019 after spending many years in finance, operations and risk management working domestically and internationally with GE Capital, Volvo Commercial Finance and JPMorgan Chase. He has a master’s degree in International Management. Tilden and his husband Steve have been together for 24 years and have been married 14 years after they traveled to Massachusetts where the ceremony was legal. Tilden is a supporter of the Hetrick-Martin Institute which provides a safe environment for LGBTQ+ youth to reach their full potential. He enjoys exercise in the gym and reading almost anything. Tilden identifies most with his Learner and Achiever Gallup strengths. Tilden’s pronouns are He/Him.

“Don’t underestimate the importance of a support system, whether that’s family, friends or other allies.”

Justin Yent, AVP Loan Resolution
Yent is a fourth-generation Tampa resident and has worked in the financial industry for 22 years, 16 of which have been in leadership roles. Yent has been with Grow Financial since June 2008. Yent has an Associate of Science degree in Criminal Justice and is currently completing his final classes of his bachelor’s degree in Public Safety Administration with a focus in Criminal Justice at St. Petersburg College. He has a passion for giving back to the community and served as the President of the board for the Grow Financial Foundation, Inc., and continues to serve as the event chair for the St. Jude Tampa Walk/Run. He currently lives in Land O’ Lakes with his Boston terrier, Rigby. He has been an integral part of the LGBTQ+ initiatives at Grow and is a big supporter of Diversity, Equity and Inclusion, not only at Grow but outside of work as well. Yent identifies as gay, and his pronouns are he/him.

“Ultimately, at the end of the day, if we were all allies for everyone, this world would be a much better place. Allies have honestly the most powerful and influential voices. [To be a better ally,] try to walk in their shoes, connect with those in the community and take a stand when you hear someone who is against the community by educating them and showing your support.”

Thank you to each panelist who shared their hearts with us and to the audience of team members who joined in for this LGBTQ+ Panel. Live out loud! 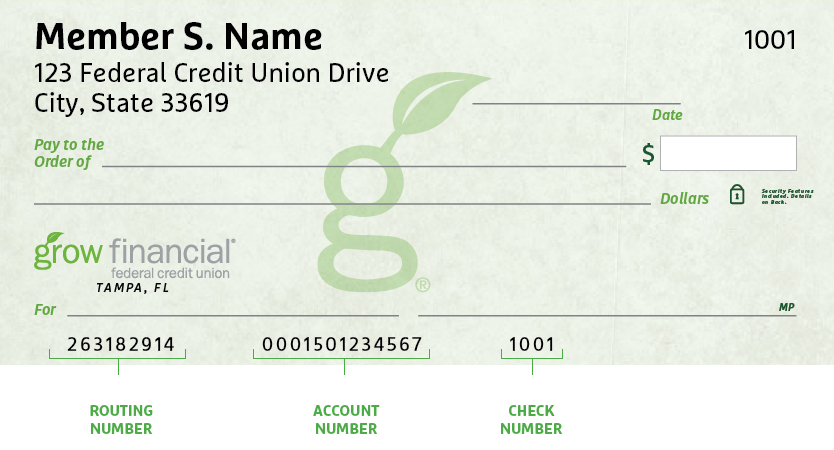